This installment comes to us from manic Monday over on delicious Division Street in the Southeast Portland. After a tasty burrito* I stopped into a local resale shop. Upon locking up I noticed this beaut: 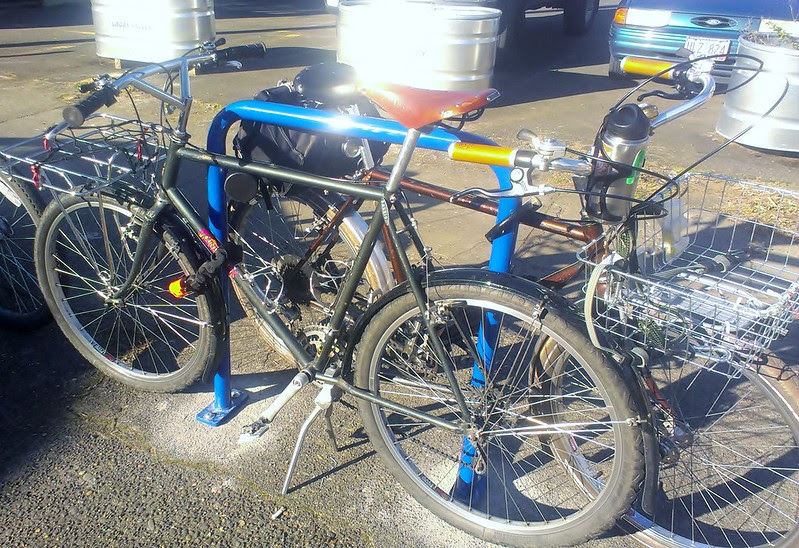 Yep, it's another Raleigh USA "Mountain Tour" mountain bike! This particular one is the Seneca, which sat squarely in the middle of the range. Now if you've been around here long enough you know that Nicholas over at Gypsy By Trade has been pining for a pink--er, "salmon" colored version of the Seneca he's spotted in Albuquerque.**
This particular specimen is earlier than the salmon one (the salmon one is 1987 I think). It's in good shape, too. (I'm getting the feeling that people bought these bikes and never rode 'em.) Nice upgrades too: a porteur rack of some sort (VO? Soma? Nitto?) and a Brooks saddle. The owner kept the original bullmoose bars, but the wheels are newer, built to Rhyno-Lite rims. 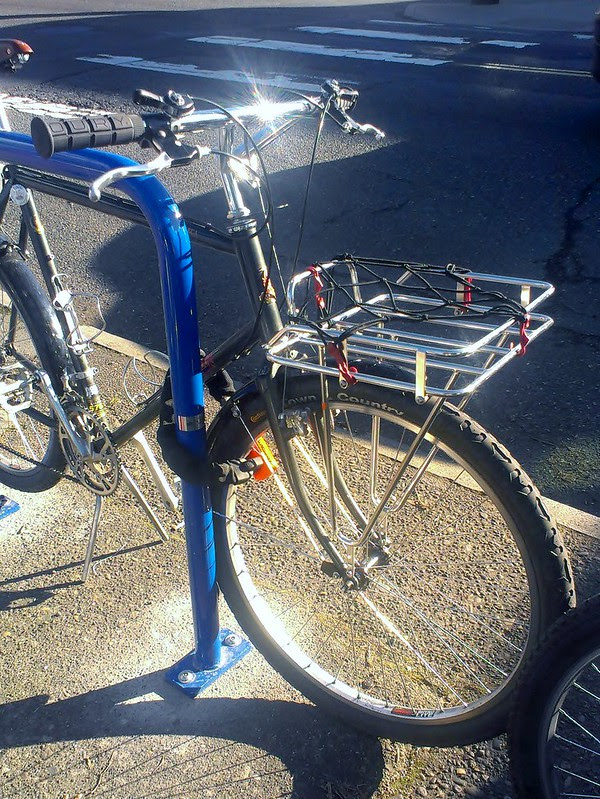 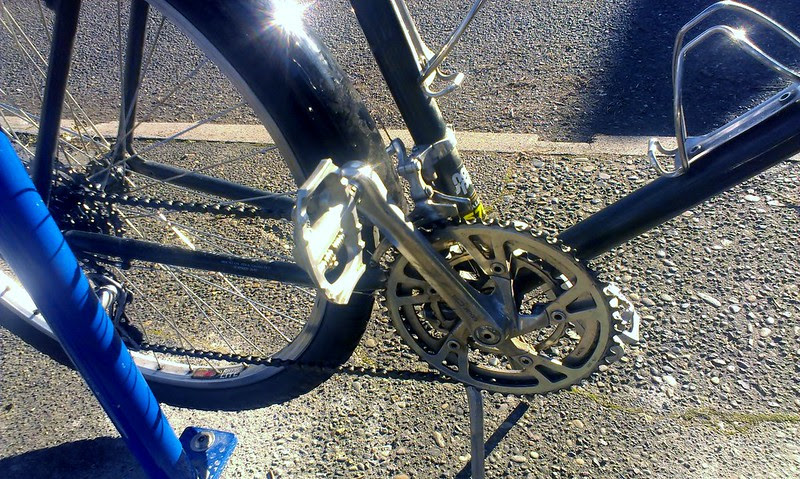 Anyways, after I left the resale shop the owner happened to be unlocking his Seneca. Turns out I ran into him last week while I was riding on SE Lincoln. He passed me and pointed out he also had a Mountain Tour, and sure enough he does! It's a 1985 model. He said he bought the bike in Minneapolis for only $40. (Sigh.)*** He's also used it to tour, putting the "tour" into Mountain Tour. Unfortunately I didn't catch his name, because I'm awkward like that. I'm sure I'll run into him again.