Alright!  It's been almost a week, so...
April and I arrived at Coe Circle at just a little after 11.  Early for our own ride?  HA! (Sorry, Dave, for running behind!) There was a small gathering of folks.  The bikes?
Three Speed Ride 3/26/11

And the ride!  We headed northward to Beaumont, our first break stop, where some folks got supplies at Beaumont Market, coffee from Ristretto, and bagels from Bagel Land.  From there westward along the Alameda Ridge into North Portland, where we saw Carye Bye's house moving work party, and to the gazebo at Peninsula Park for tea drinking/making and snack eating.  And just in time--the rain started just as we got to cover. 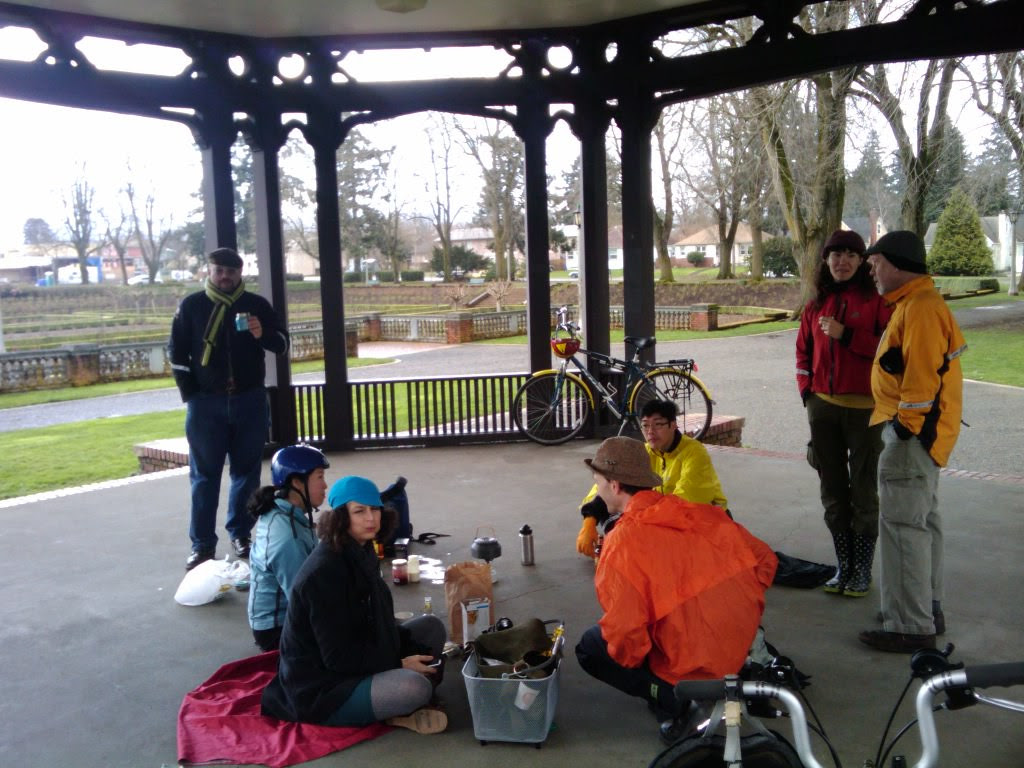 We waited until the rain stopped again, then headed further west to the Willamette Bluffs and onto Columbia Park, where we caught cover as it rained again.  Then onto St. Johns--almost.  I got a flat just right before the railroad cut, so as I fixed the flat (using the very European method of patching the tube while the wheel was still on the bike) Todd brewed some more tea.
By then it was late afternoon, over 10 miles from the start, and the momentum gone. Most people turned around, while April, Todd, and myself headed for St Johns where we did a quick fly-by on Weir's Cycles (the city's oldest) where April ogled a turn-of-the-century step-through frame bike.  And then we retired to Proper Eats for beer and vittles. 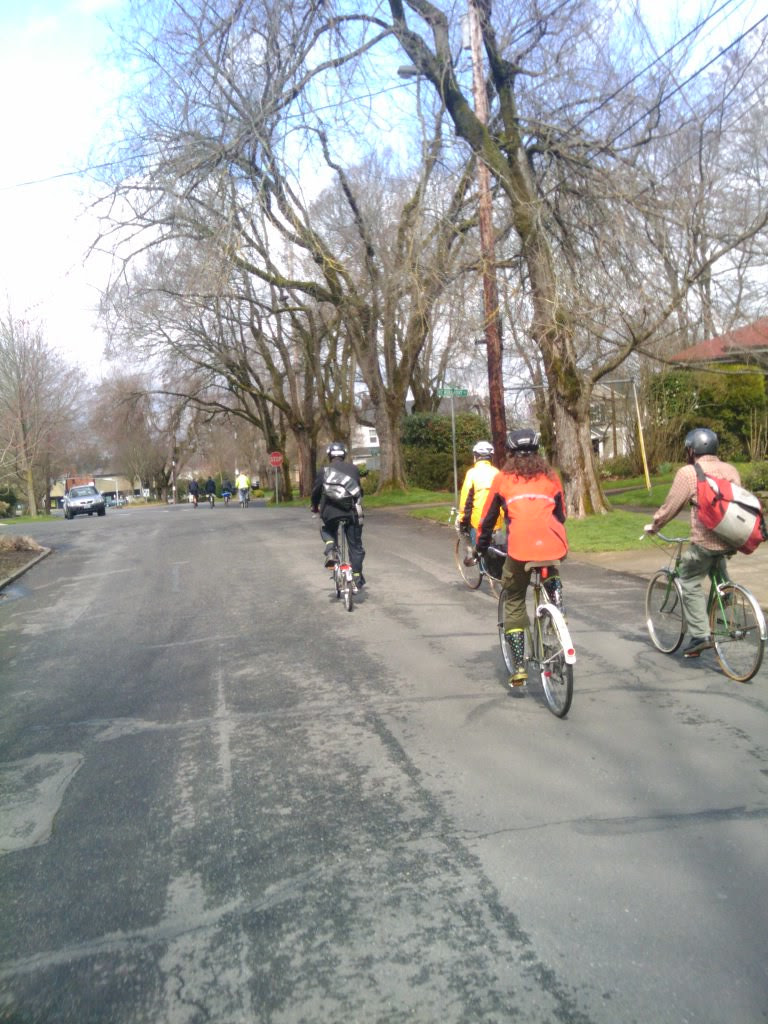