Honestly, I was surprised folks showed up, but showed up they did, eleven people in all. Who rocked the three speeds?

Well, obviously myself. But rather than pull out the Raleigh Wayfarer or the Rudge Sports,* I pulled out a different three speed. Now you're all oh, you must have pulled out the Cycle Truck, right? Nope. Then what did you ride? Easy. The Raleigh Twenty! 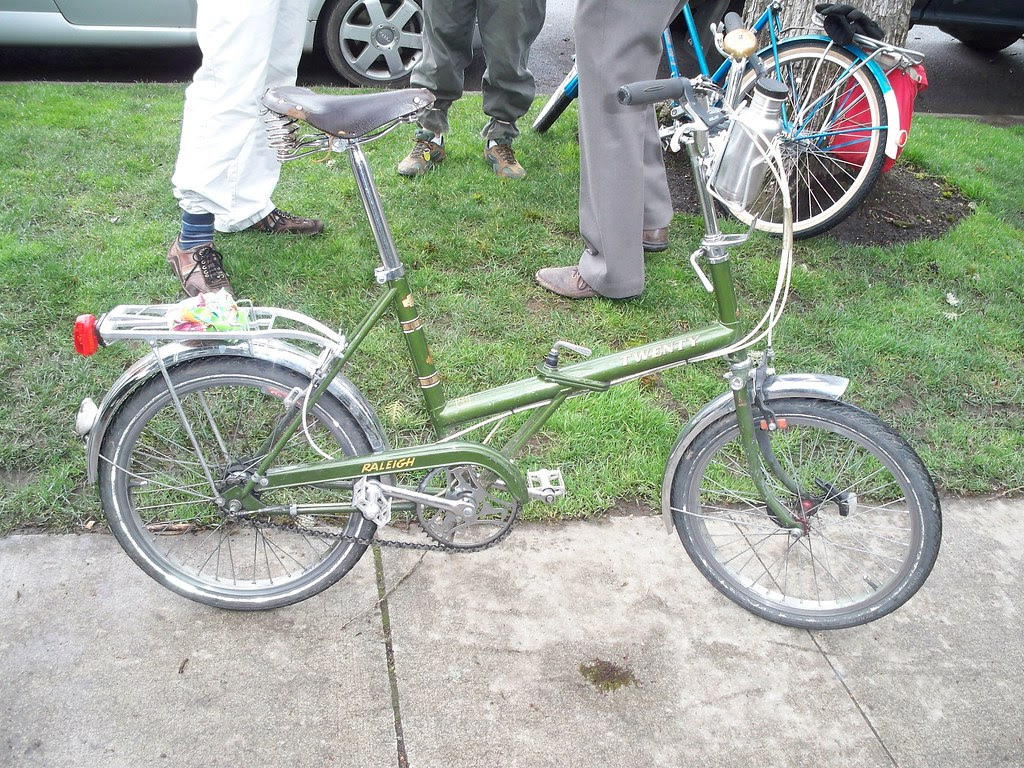 When did you get a Twenty? Actually, I didn't. This is my roommate Donna's bike, commonly used by Keith The Raving Bike Fiend when he's in town. Of course it's in immaculate shape.

And obviously April rode her Raleigh Sports as well. 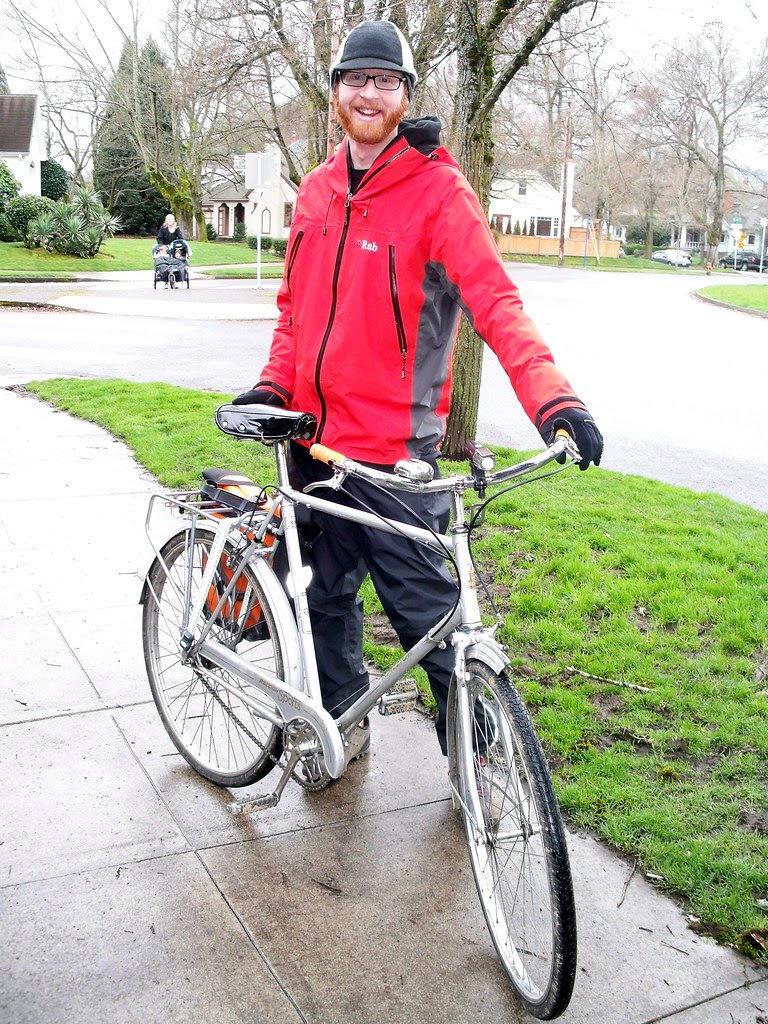 As for other folks, Kirk rode his Raleigh Sports. 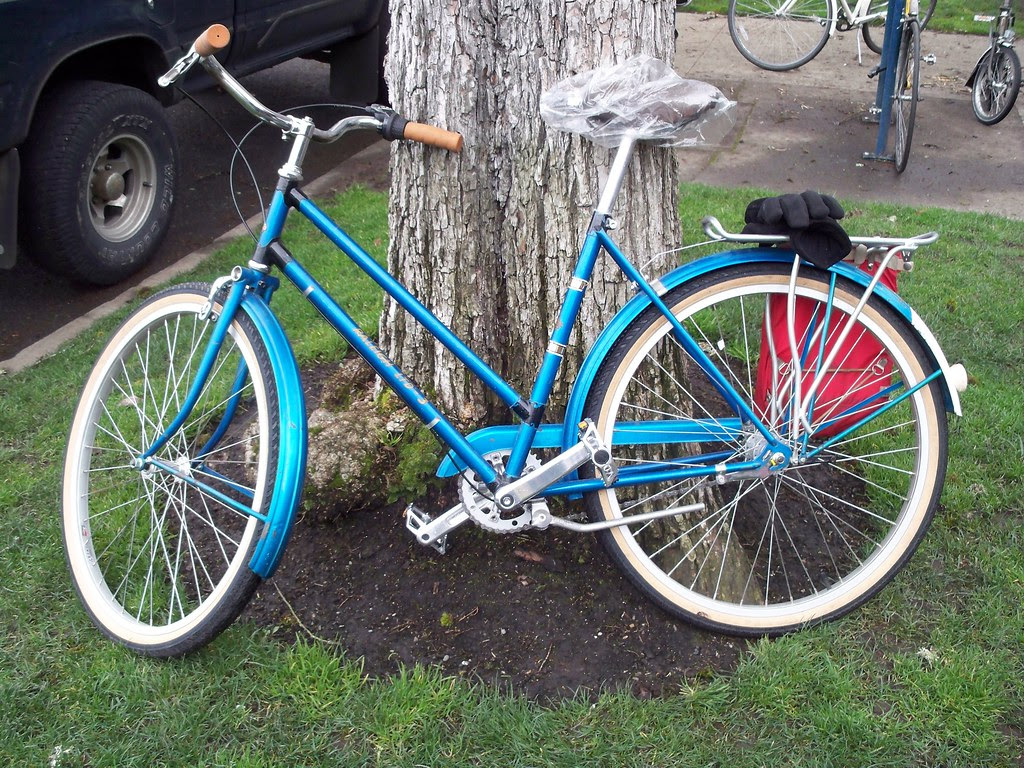 Scott rode "his" Raleigh LTD-3. Well technically it's his daughter's, but he pulls it out for rides like this. The LTD-3 is unique as it has regular 26" wheels (559mm) as opposed to the standard 26" x 1 3/8", aka 650A, aka 590mm wheels found on old British three-speeds. The rims are alloy and the hub is a modern Shimano Nexus 3. Yes, purists would call this "sacrilege" but I don't wanna hear it, buddy. 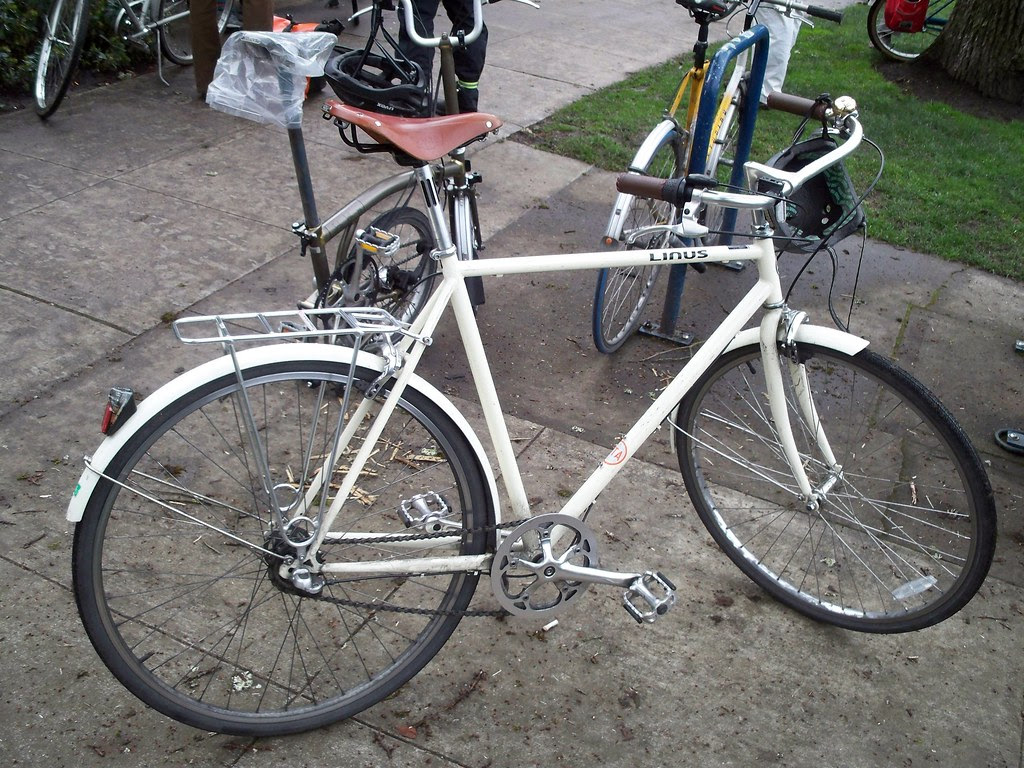 Also representing was this lovely Linus three-speed ridden by Charlie. 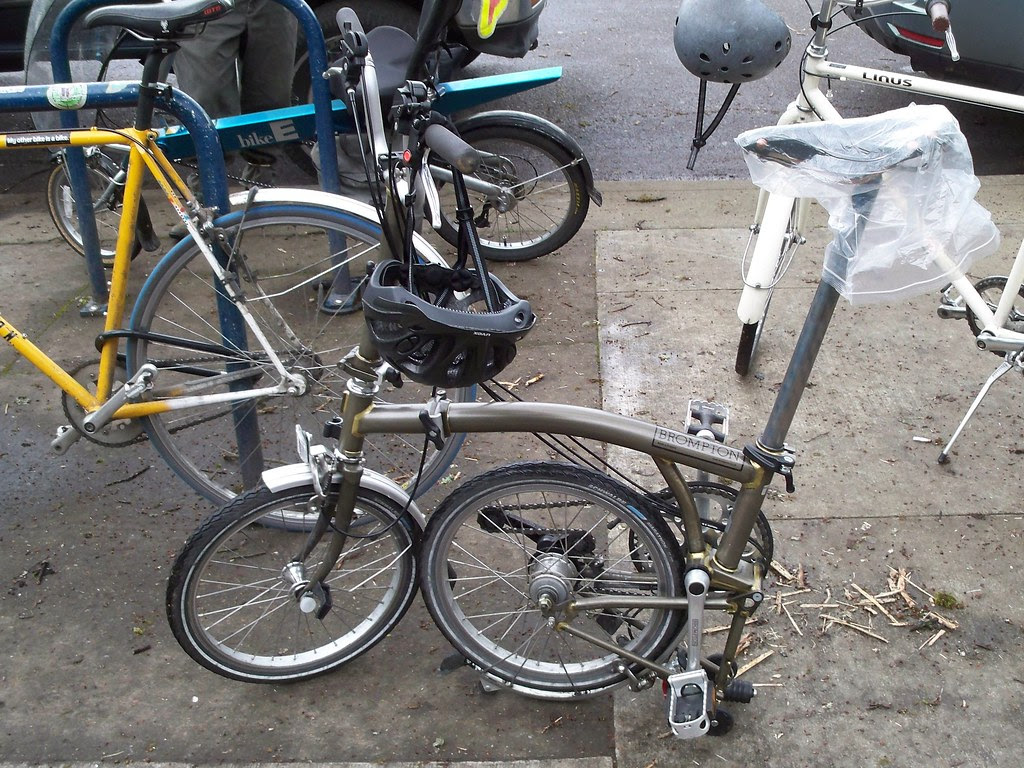 And Brian rode his Brompton, along with Carl.

The rest of the throng was filled in by another internal hub bike plus three derailleured bretheren.

We made it just a little over four miles, passing through Kenilworth Park and the Reed College campus but ultimately ending at Crystal Springs Rhododendron Garden. By then the rain (which had picked up) and the cold had started to get to some of the riders, so we scuttled the rest of the ride (I had planned for twelve miles total) and retired to the Open Space Cafe at SE 28th and Holgate for coffee and refreshments.

The route of the ride is here.

Will there be more Three Speed Rides? Of course. Stay tuned for details!

*The Rudge is not ideal for wet rides. And while the Raleigh is remedially rideable right now, with the rear wheel in the shape it's in, I was worried about more spoke breaks and flats on the ride. Riding around town these things don't happen, but when I lead a ride they all happen at once.
Posted by adventure! at 2/28/2012 12:00:00 AM